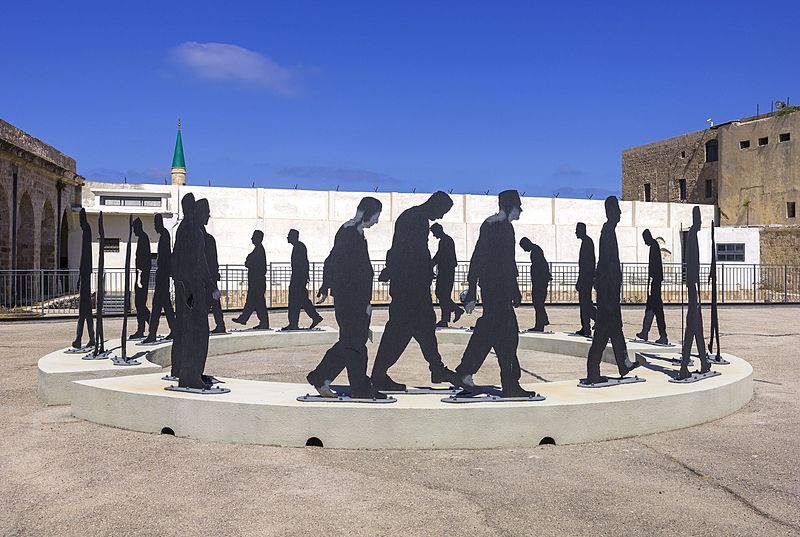 The Underground Prisoners Museum in Akko

Visiting the Underground Prisoners Museum in Akko is a great way to understand the early battles for the State of Israel, led by the Jewish Resistance fighters who were imprisoned here.

Akko was once an important seaport, fought over by the Turks and Napoleon. It remains largely unchanged since Ottoman times, with many fascinating Crusader and Ottoman sites to visit. In 2002, Akko was awarded UNESCO World Heritage status, recognizing the historic value of its Old City.

The British used the Citadel at Akko as its main prison during the Mandate period, and it has been restored as a memorial to the Jewish resistance movement as the Underground Prisoners Museum. Ze’ev Jabotinsky, the leader of the Jewish underground, was imprisoned here in the 1920s, and nine Jewish resistance fighters were executed here. It was also the site of a mass prison break-out in 1947, and that scene in the film Exodus was filmed here.

Other famous prisoners who were confined here include the founder of the Baha’i faith, who was imprisoned here by the Ottomans, and there is a room in the museum dedicated to his memory.

The Ministry of Defence manages the Underground Prisoners Museum here in Akko and also a similar prison in Jerusalem. This is because hundreds of members of the Jewish resistance movements – the Haganah, the Etzel and the Lehi, which later became the IDF – were imprisoned here by the British. The story of their heroism is an important part of the story of the early State of Israel and the resistance movements that brought about its foundation. The men who were executed here were the first martyrs of the Jewish resistance, who gave up their lives for their love of Eretz Yisrael.

A visit to this museum, or to any of the many military museums around Israel, is a great way to start a conversation within your group about freedom fighters and early Zionism. When planning your next tour of Israel, talk to Shatour about including a visit to Akko, to find out more about the Crusaders, the Ottomans, the British and the early Zionists, who all fought over this precious slice of land!