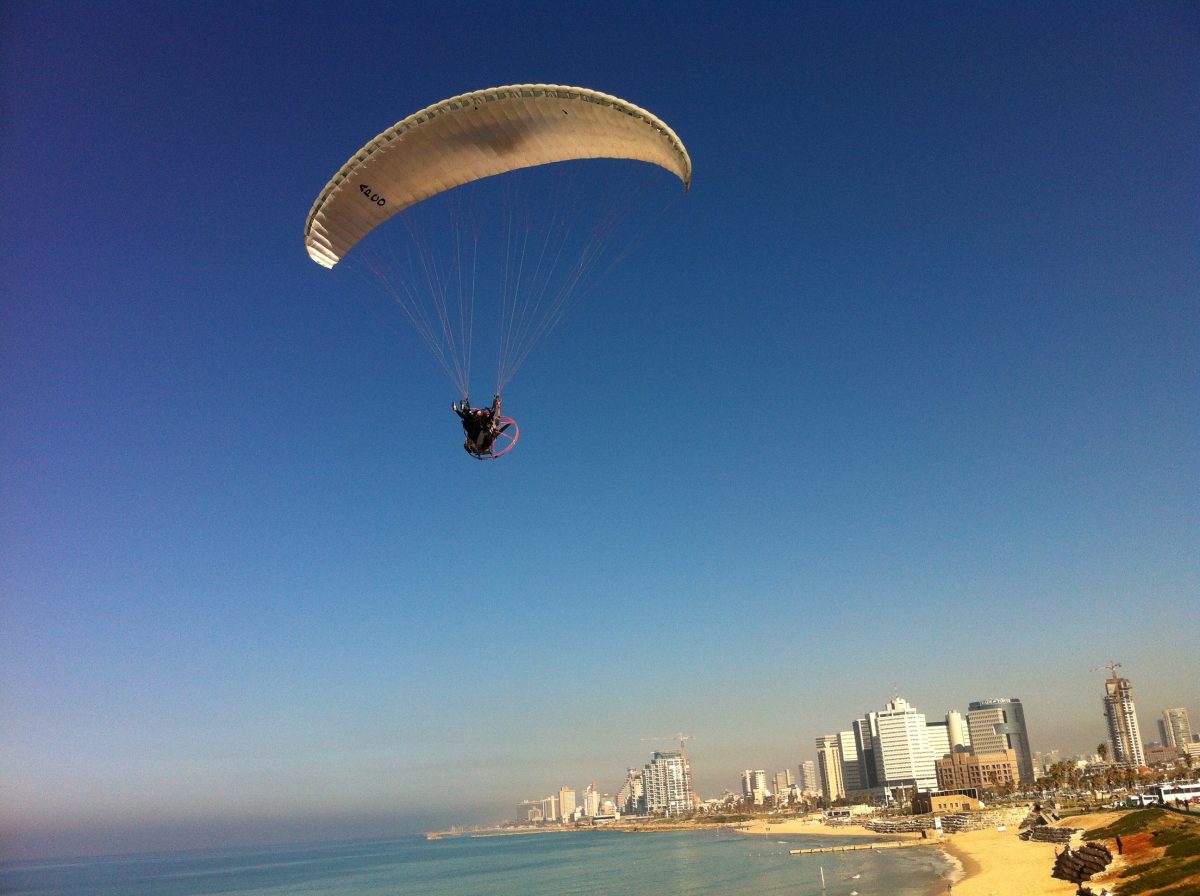 Paragliding is one of the calmest and safest of Israel’s extreme sports activities. Explore its stunning desert landscapes or its fascinating Mediterranean coastline from a completely new perspective!

Imagine flying along Israel’s coastal strip, gazing down on the beaches and the waves, the cliffs and the boats. Paragliding can be a thrilling experience – the closest thing to human flight! It gives you a bird’s eye view of the countryside, and a feeling of weightlessness that is hard to describe.

Even if you have never tried paragliding before, Israel is a great place to try it out. You can fly in Israel throughout the year and in many different places, taking advantage of the dynamic and thermal air flows. In the summer, the best coastal flying sites are along the Mediterranean coast between Herzliya and Netanya, and during the winter months the best paragliding launch sites are the mountains, including the Golan Heights, Carmel Mountain near Haifa, and around the Dead Sea region.

Tandem paragliders are designed to carry two people using a parachute-type canopy. There is no engine or body – you sit in a light aluminum frame. Beginners usually fly tandem with professional instructors, with the passenger sitting in front of the pilot. Safety is crucial and the team always carries out meticulous pre-flight checks of all the paragliding equipment.

Both flyers wear safety harnesses and helmets, and both can influence the direction and height of the flight. Taking off is usually a simple matter of taking a few running steps from a high place and launching yourselves into the sky. You will enjoy an unobstructed 360 degree view of the scenery around you during your flight, which usually lasts around twenty minutes, before landing in a safe, pre-checked landing zone. During your flight, under the supervision of your instructor, you may be able to take the controls and experience the sensation of flying yourself!

If you like the idea of flying like a bird over Israel’s stunning landscapes, talk to Shatour about incorporating a paragliding session during your next visit to Israel.