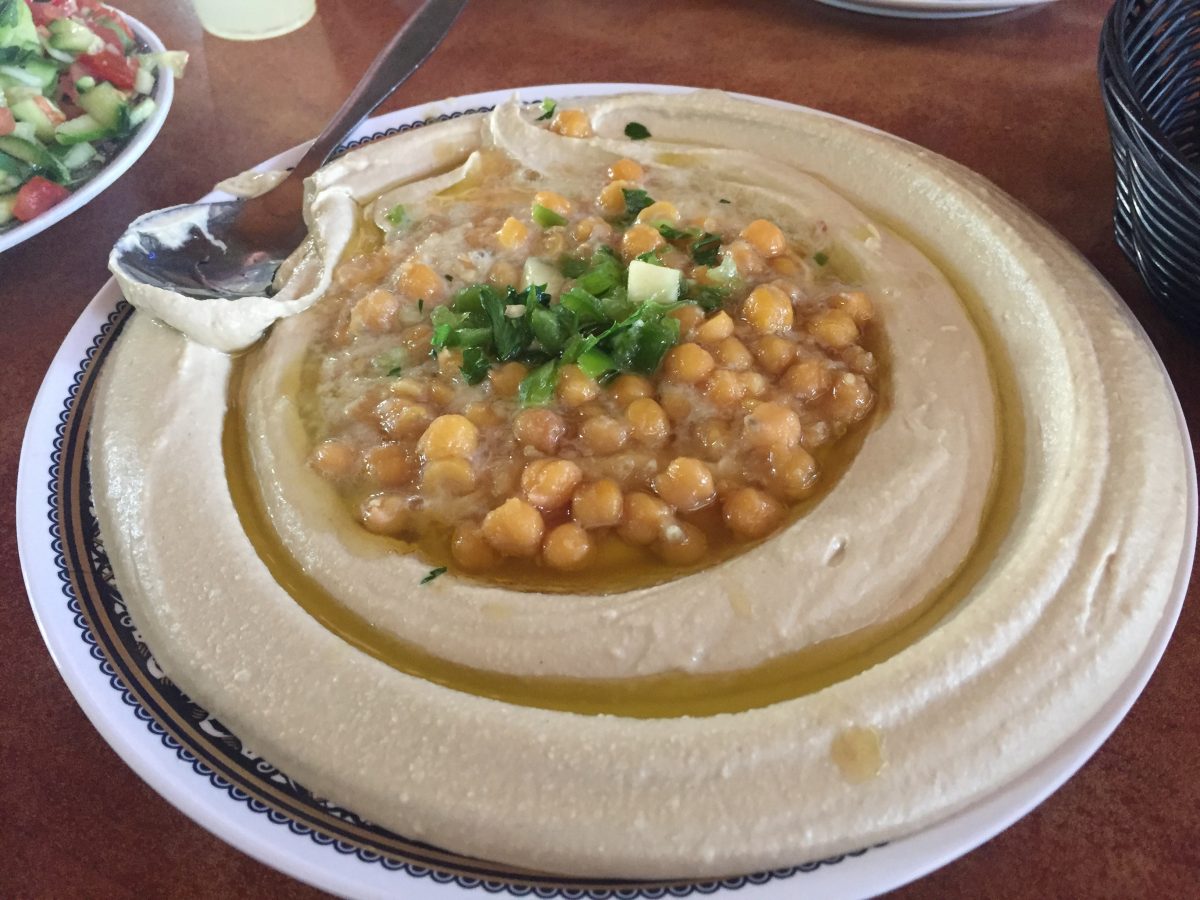 International Hummus Day falls on Jerusalem Day this year, so we are celebrating with Shatour’s top three recommended Hummus restaurants in Jerusalem.

Hummus is a traditional Middle Eastern dip or spread, generally made from cooked, mashed chickpeas blended with tahina, olive oil, lemon juice, salt and garlic. From this simple recipe there are millions of variations, giving rise to fierce competition between restaurants as to who makes the best hummus.

Nathan Shapiro has guided thousands of visitors around Jerusalem and makes a point of including a dish of hummus in the Old City as one of the highlights of his tours. Here are his three top picks from Jerusalem’s many Hummus restaurants.

One of the oldest hummus joints in the Old City, Abu Kamel is in the Abtimos Market in the Christian Quarter. They hand-crush their chickpeas and add a minimum of ingredients in order to preserve the most natural flavour for their hummus. Also on the menu at Abu Kamel are a number of indigenous meat dishes, including the famous upside-down rice and chicken dish, maqluba.

Abu Shukri is one of the most popular hummus restaurants in the Muslim Quarter, located on the legendary Via Dolorosa – the Street of Tears. It’s a simple place serving a standard platter of smooth hummus with your choice of topping: whole chickpeas, stewed fava beans, or roasted pine nuts, plus fresh vegetables and a basket of warm pita bread. Payment in cash only!

Another long-standing favorite in the Old City, this family-owned restaurant opened 60 years ago and has been serving consistently excellent hummus ever since. Your bowl of freshly made hummus comes with a choice of topics, including masabacha, beans, and a choice of spices, and it will be served with pickles and pita bread.

Hummus has become popular all over the world, but it occupies a special place in the hearts of Christians, Jews and Muslims in Jerusalem’s Old City. Whatever the focus of your next visit to Jerusalem, make sure to include one of these traditional hummus restaurants in your itinerary! (Shatour’s travel and hummus experts will also be happy to recommend the best restaurants in other parts of Israel!)