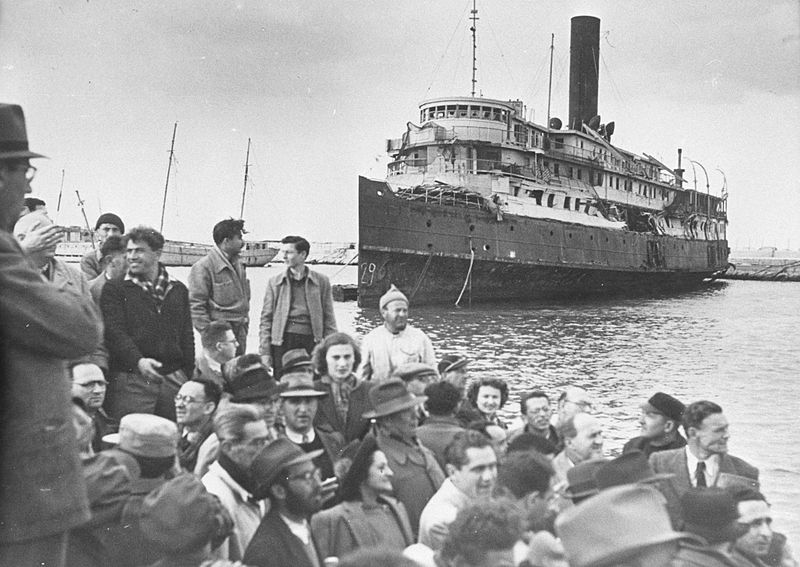 What was it like to help create the State of Israel? There are a number of excellent museums in Israel about the early years of the State and the intrepid refugees and freedom fighters who made it happen. Come and relive those exciting formative years!

The Palmach Museum in Tel Aviv is a popular interactive museum where you walk alongside the young men and women who joined one of Israel’s first fighting groups and helped to win the War of Independence. As you walk through the 3-D displays and watch the film footage on screens around you, you can feel what it was like to play a part in Israel’s history.

The Underground Prisoners Museum in Jerusalem is the original British jail where the Mandate police imprisoned members of Israel’s freedom fighting groups and where some of them were executed. In addition to tours in English there are scavenger hunts, theatrical tours and workshops for kids during vacations. There is also a similar prison museum in Acco.

During and after the Second World War, thousands of European refugees tried to flee to Israel byut were captured or turned away by the British Mandate forces. The Clandestine Immigration and Navy Museum in Haifa tells the story of the “Af Al Pi Chen” (“In Spite Of It All”) immigration vessel, which is similar to the Exodus story immortalized in the movie of that name. Here you can board the refugee transport ship, and watch a video about clandestine Jewish immigration attempts. Inside the bunks you can hear the stories of the refugees who risked their lives to reach the Holy Land. (This museum also has many other fascinating ships and submarines to explore.)

Near Haifa, the Atlit Detainee Camp reconstructs the story of illegal immigration to Israel from 1934-1948. Thousands of Jewish people who managed to enter Israel – known as ma’apilim – were imprisoned here for up to a year, or sent to similar camps in Cyprus. In 1945 Jewish forces broke into the camp and freed the detainees. The multimedia exhibition describes the voyage of the immigrants and their life in the camp.

The Ayalon Institute in Rehovot is an innocent-looking kibbutz building with a fascinating clandestine history. During the 1940s, Jewish freedom fighters set up a secret ammunition factory to provide bullets for their armed struggle for liberation. It was built eight meters underground beneath fake kibbutz buildings, that were convincing enough that they passed inspection by visiting British soldiers several times. They had no idea that up to 40,000 bullets were being manufactured every day beneath their feet!

If you are interested in discovering more of Israel’s secret history, talk to Shatour Israel Experience about including some of these fascinating sites in your Israel tour itinerary.