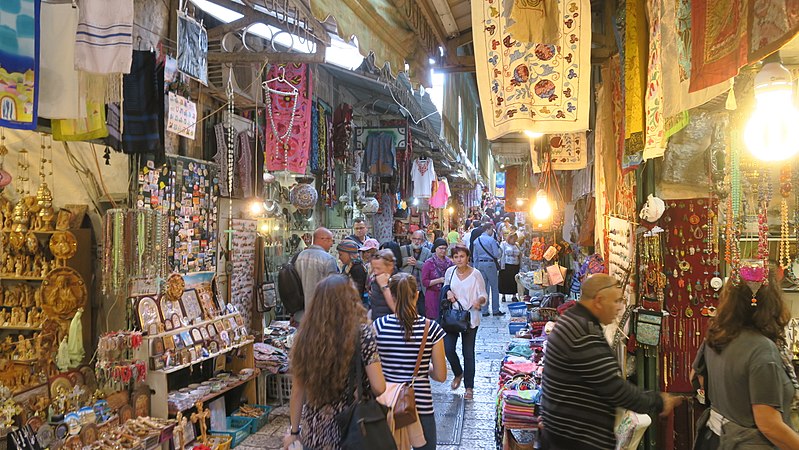 No visit to Israel is complete without a visit to Jerusalem. Choose between an overview of its different religious and historic sites, or an in-depth exploration of its sacred buildings and ancient alleyways. Either way, choosing Shatour as your touring company guarantees you a unique understanding of this special city.

The City of Peace

Jerusalem is probably the most contested piece of real estate in the world. It has been conquered countless times, and its status remains disputed. The complexity of its history is part of its charm.  It is a living miracle that the different religious groups manage to live together in Jerusalem in harmony, accommodating each other’s festivals and traditions. Monks and imams, priests and rabbis live side by side in the Old City of Jerusalem, mixing the holy with the secular in its markets, stores and town squares. Tourists pour through the gates of the Old City to experience its unique blend of spices and incense, merchandise and magic.

The history of the Shapiro family is tied up with the history of the city of Jerusalem. You can read the fascinating story of how Nathan’s ancestors established a synagogue in the Old City, which was lost and then rediscovered in 1967. This is Nathan’s favorite place in Israel. This unique connection with Israel’s capital city spans the generation and allows Shatour’s guests to experience Jerusalem from a uniquely ‘insider’ perspective.

Shatour has been guiding groups in Israel for over 40 years and they remain one of the only Israel touring companies whose head office has been in Jerusalem throughout this time. Even during difficult periods of the city’s history, they have remained loyal. Their connection is an emotional one as well as a physical one.

Nathan always says that he inherited his love for Jerusalem and its history from his father’s grandmother, who lived here until the age of almost 100 and told him wonderful stories about the city and its history, under the rule of the Turks and the British. He was taken on trips around the Old City by his father, who taught him how to navigate its confusing networks of cobbled alleyways. Nathan went on to study Jewish history and archeology at the Hebrew University of Jerusalem, and his son Lior did the same!

Because Jerusalem runs in the blood of the Shapiro family, they love nothing more than showing visitors around their home-town. They know every street and alley, every restaurant and museum, and they can help you to get the most out of every minute of your visit.  Ask Nathan or Lior any question about Jerusalem’s checkered history – they know it inside and out! They will even take you behind the scenes and share the city’s most intimate secrets with you!

Whatever your connection to Judaism or any of the other religions that consider Jerusalem holy, trust Shatour to bring you to the best locations to explore and strengthen that connection. Jerusalem is the heart of the Jewish world and also an important focal point for Christianity and Islam. Exploring those connections may be an important part of your visit, or you may prefer the secular sights and sounds of the modern city. Whatever your preference, trust Shatour to build a Jerusalem itinerary to suit your interests.

Talk to Shatour’s Jerusalem travel experts in our Jerusalem office today, and we will unlock the secrets of Jerusalem for you to explore.