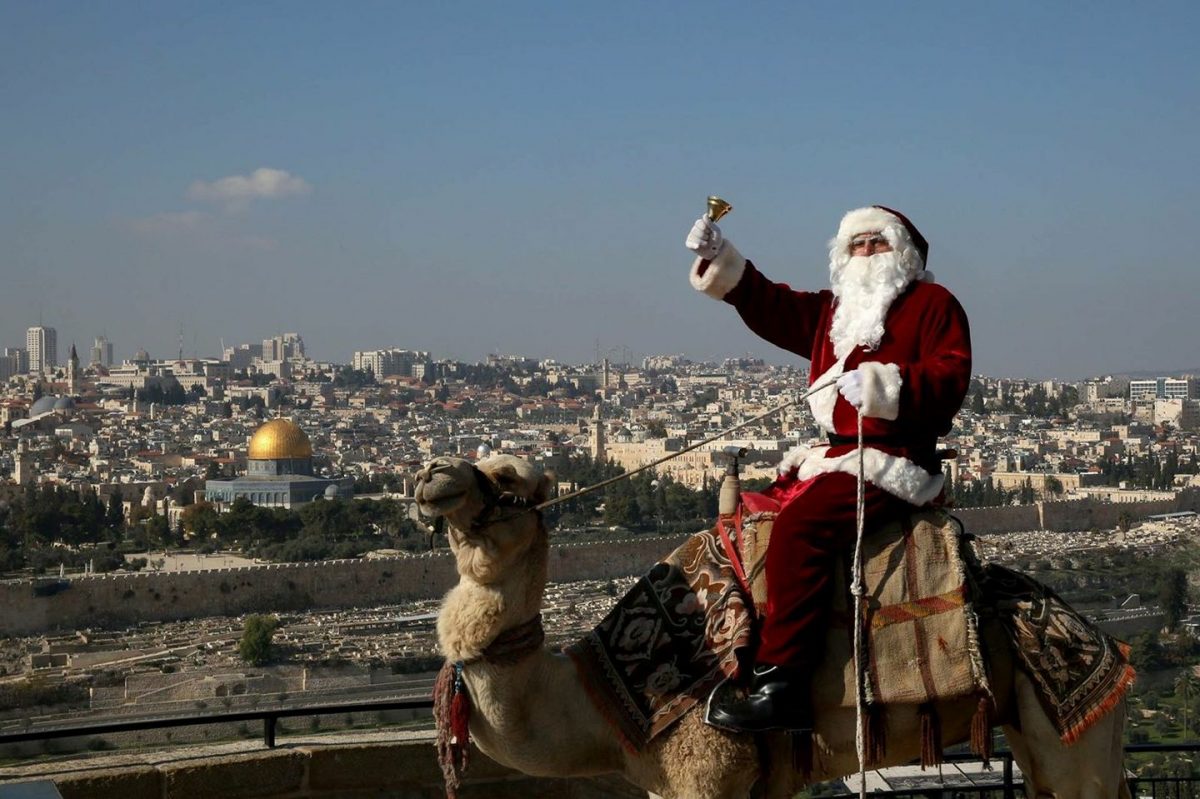 With Christmas fast approaching, make a date to visit Santa’s House in Jerusalem and find out how Christmas is celebrated in Israel.

Santa Claus’ House is a new attraction in the Old City of Jerusalem, opened in December 2017 in the home of the Kassissieh family at the crossroads of Saint Peter Street and Latin Patriarchate Road. It is a 14th century stone building with vaulted ceilings and stone arches, typical of Old City architecture and home to the same family for 700 years.

Issa Kassissieh, who is a former professional basketball player and coach, has decorated his family home for the holiday season. A Christmas fantasy grotto, it is decorated with tree branches and gold ornaments. One corner is dedicated to Santa’s workshop, and there is a Santa cookie kitchen, a bright Santa mailbox outside the front door where children can post letters to Father Christmas.

Kassissieh spends the month of December dressed up as Santa Claus, walking around the Old City and talking to tourists. This Jerusalem Santa even has his own Facebook page. He hands out lollipops and chocolates to local children and poses for photographs. In his cheery red costume, he brings smiles to the faces of Jerusalem residents and visitors of all faiths and from all over the world. As one of his duties in the Old City, he assists with the distribution of Christmas trees by the Jerusalem Municipality. During Christmas he travels to Bethlehem and he has been known to travel on a camel, since reindeer are hard to find in the Middle East!

Western Christians celebrate Christmas in Bethlehem and Jerusalem on December 24th and 25th, while Eastern Christians traditionally celebrate on January 6th and 7th instead, because of the discrepancy between the Gregorian and Julian calendars. This means that the entire period is a time for celebration among Christians of all denominations, and visitors from all over the world who come to celebrate the birth of Jesus in his birthplace.

Santa’s House in Jerusalem is a new addition to the many historic Christian sites that Shatour Israel includes on its tours of the Old City of Jerusalem. If you are bringing children to Israel over the Christmas season, talk to Shatour about arranging a visit to Santa’s House and a face-to-face meeting with Santa Claus himself!