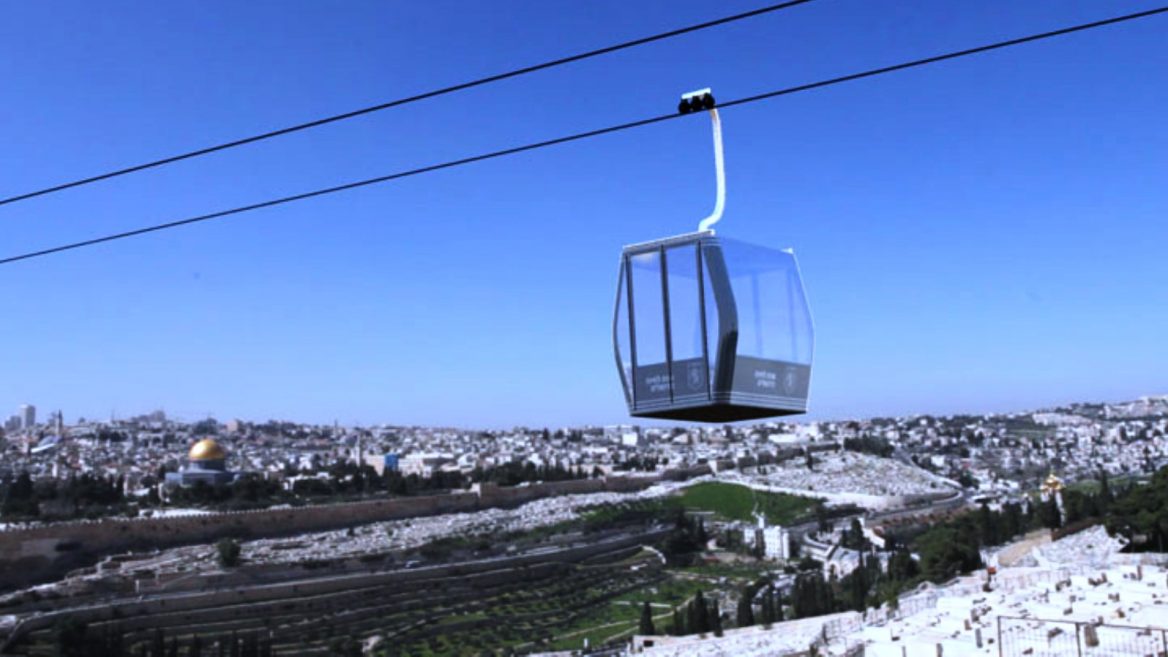 There are exciting plans to make the Old City of Jerusalem more easily accessible by building a cable car to carry passengers from the New City to the Old City.

Plans developed by the Jerusalem Development Authority, the Jerusalem Municipality, the Ministry of Jerusalem and Heritage, the Ministry of Tourism and the Ministry of Transport and Road Safety, are for a 1.4 kilometer journey from First Station via Mount Zion to the Dung Gate near the Western Wall. The cable cars would be able to carry up to 3,000 passengers in each direction every hour. The project is expected to cost 200 million shekels and was approved in May 2018, with plans for completion by 2021.

This is not Jerusalem’s first cable car, and it follows a similar route to its predecessor. During the siege of Jerusalem in 1948, Jewish residents were stranded in the Old City and their supporters used a cable car to send food and supplies up the hill. It was even used to transport wounded people from the besieged city. The cables ran from what is today the Mount Zion Hotel, across the Hinnom Valley and up to the Jerusalem University College inside the Old City. The cable car and its cargo could only be transferred at night, to avoid being attacked by Jordanian snipers in the area, and the cables were disconnected and hidden during the day.

The plans for the modern cable car are safer and much more robust. You can see the video of the project here.

Currently there are a number of good routes to reach the Old City and the ever-popular Western Wall. There are free shuttle buses every 15 minutes from the car park of the First Station compound, which functions as a park and ride service, bringing people to the Dung Gate and back. There is train from the Jaffa Gate that helps tourists who do not want to walk through the cobbled streets of the Old City to reach the Western Wall. Private cars are not allowed to enter the Old City during busy times, but there are taxis and buses that run through the narrow streets and around the walls.

Of course, the traditional route to approach the Old City is on foot – as pilgrims have done for centuries. However, with the international popularity of Jerusalem among visitors of all faiths and nationalities, the municipal authorities are constantly looking for new ways to make it easier for tourists to visit the historic Old City and its holy sites.

For advice on the best way to visit Jerusalem and the most important sites to visit, talk to the experts at Shatour Israel – Jerusalem’s best tour company!