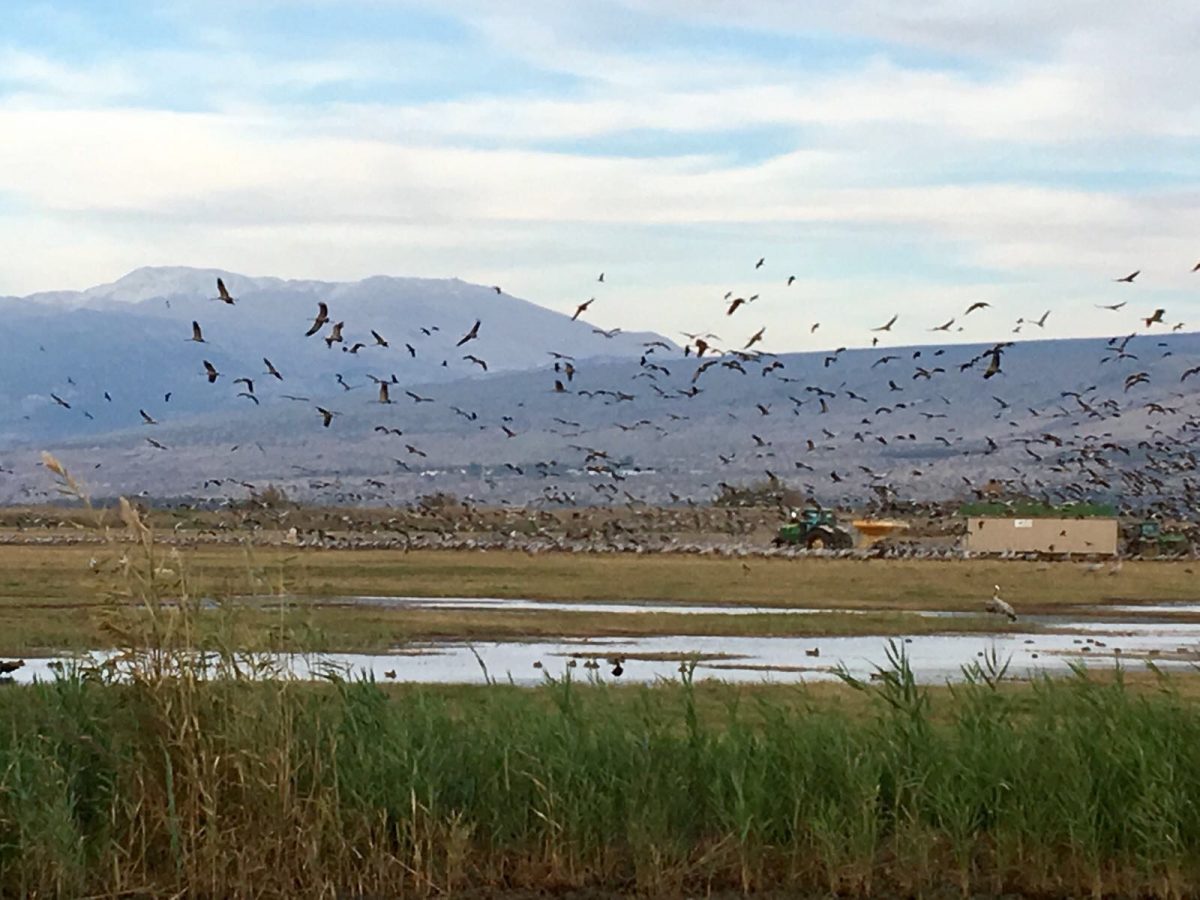 Flocking to the Hula Valley

With late November the best time to watch migrating birds as they fly across Israel, the Hula Valley Bird Festival is a highlight of the international bird watching calendar.

The weather in Northern Israel in November is usually fair, creating optimum conditions for spotting fantastic flocks of birds as they make their way southward. Experts estimate that 500 million birds from 500 different species fly across Israel during the migration season.  The International Center for the Study of Bird Migration reports that Israel has one of the highest concentrations of bird traffic in the world. At its peak, staff at the Jerusalem Bird Watching Observatory have spotted 10,000 eagles flying over Jerusalem in a single morning!

The 8th Hula Valley Bird Festival takes place in Northern Israel during the last week of November. It attracts bird watchers, photographers and bird lovers from all over the world. Because of its location along the Syrian-African Rift Valley – the meeting point of the African, European and Asian continental plates – the Valley is part of the funnel-shaped route that birds can easily follow as they leave Europe and head toward Africa.

The Hula Valley was largely marshland in the early years of the State of Israel, and a breeding ground for malaria-carrying mosquitoes. Israel’s pioneers drained the swamps in the 1950s, destroying its ecosystem and converting the area to agriculture. However, heavy rains in the 1990s led to flooding and forced the JNF to create the Hula Lake Park to manage the drainage of the area.

Today the man-made Hula Lake covers an area of one square kilometer and is a protected wetland dotted with islands that serve as protected bird nesting sites. Many birds and animals have returned to the area and the lake has become a paradise for wildlife and for wildlife lovers. In particular, it has become a popular stop-over location for thousands of migrating cranes that travel from Finland to Ethiopia to spend the winter.

Staff and volunteers at the Hula Valley Bird Watching Center will catch hundreds of birds every day during the migration season and take them to the ringing station for inspection and measurement.

Other popular sites for bird-watching in Northern Israel include Mount Hermon and the Sea of Galilee, Israel’s largest lake, which attracts many water birds including gulls, cormorants and kingfishers. The Gamla Nature Reserve in the Golan Heights is home to Israel’s largest nesting colony of griffon vultures and various other birds of prey that can be seen hovering on its thermal breezes.

If you are interested in arranging a bird-watching tour of Northern Israel to coincide with the Fall Migration (November) or the Spring Migration (May), Shatour would be happy to help and guide you.