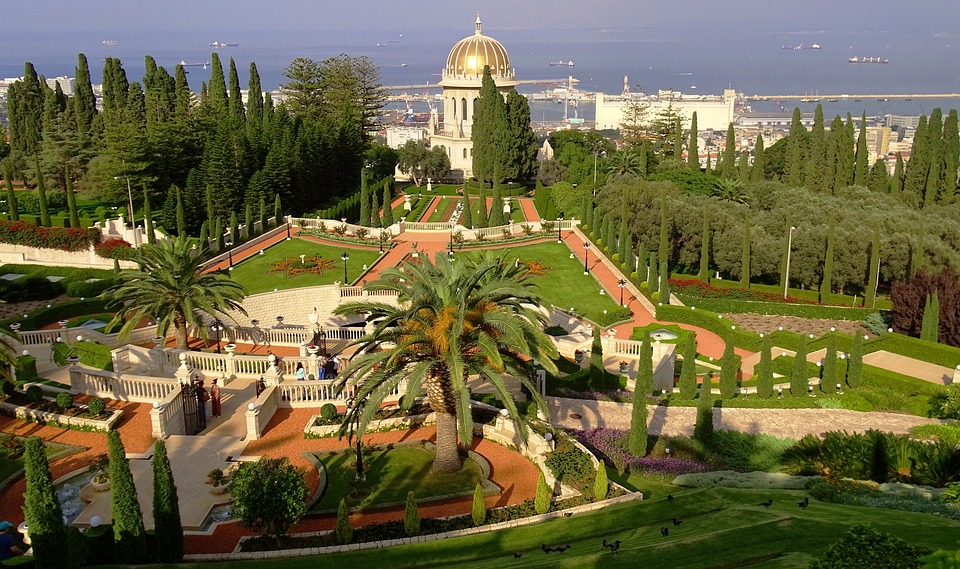 Haifa – Israel’s northern city is often overlooked, but it has its own unique charm and a rich choice of fascinating sites to explore. If you are visiting on business or stepping off a cruise ship in Haifa Port, Shatour would be happy to guide you around Haifa’s top sites.

Haifa is a sea port and an industrial city, but it also has many picturesque areas that are delightful to explore. It is known as being one of Israel’s most tolerant multi-racial cities, with a strong Arab presence. These are mostly Christian Arabs who moved south from Lebanon in the 19th century, and there are also groups from two sects that broke away from Islam, the Baha’i from Iran and the Ahmadiya from India. Every winter Haifa hosts the Festival of Festivals, where people of all religious celebrate their winter holidays together, and the city is decorated with multi-colored lights.

The Haifa skyline is dominated by a golden dome that is quite different from the mosque in Jerusalem. It belongs to the international Baha’i organization and it is the headquarters of their religious movement. The Baha’i Shrine sits on a hill in Haifa surrounded by the most beautiful terraced gardens. Carefully irrigated and manicured, their tranquil elegance attracts tourists from all over the world, and they are a pleasure to explore.

Crowning another of Haifa’s hills is the Stella Maris Carmelite Monastery. The Carmelite Christian order takes its name from this mountain – Mount Carmel. If you are interested in religious art, you will enjoy its stunning fresco paintings of the lives of the prophets Elijah, Isaiah and Ezekiel. The biblical story of Elijah took place in the Haifa area, and there is a cave in which he is said to have hidden from the king just a short walk from the monastery.

The best way to reach the top of Mount Carmel is by using the cable car – a unique system of orange metal and glass spherical pods that give you panoramic views of Haifa Bay and the Mediterranean Sea as you ascend and descend the mountain.

The Haifa port was developed in the late 19th century by German Christians who came to settle there. They were representatives of the Protestant Society of the Temple, as it was known, and their stone houses are still standing in the center of downtown Haifa, transformed today into chic boutiques and restaurants along Ben Gurion Street.

There is a strong artistic tradition in Haifa, and the Mane Katz Museum is well worth a visit to see the paintings, sculptures and collections of Mane Katz, an influential Jewish Expressionist artist of the 20th century. Bronze sculptures by the contemporary German artist Ursula Malbin are on display in the Ursula Malbin Sculpture Park, which is a popular downtown park with fun nature trails and interesting monuments. A few miles south of Haifa is the artist’s village of Ein Hod, whose diverse artist’s studios are open to the public.

Haifa is also a city of science and technology, with two of Israel’s top universities – Haifa University and the Technion – and a top-class science museum, Madatech, which brings scientific concepts to life in imaginative ways.

And then there are the beaches – Hof HaCarmel is perfect for relaxing after a full day of sight-seeing around the city, and Bat Galim Beach is for water-sports enthusiasts, or those who enjoy watching them!

If you are planning a visit to Haifa – as a cruise excursion or just to explore a different aspect of Israel – talk to Shatour Israel Experience about making the most of your time in this fascinating city.