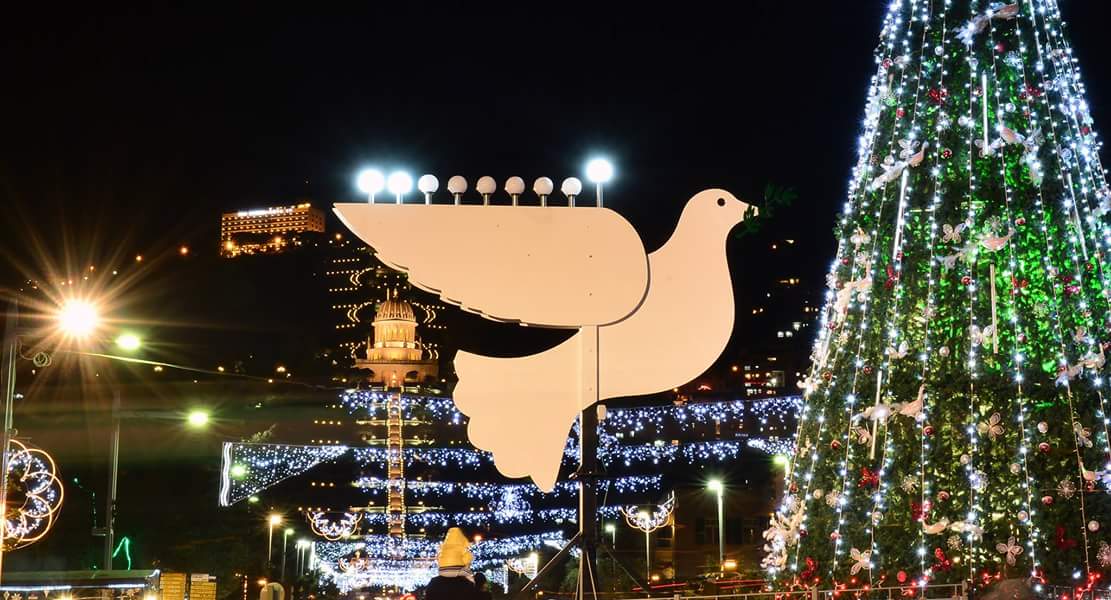 Every year, Haifa celebrates the Holiday of Holidays Festival – a multi-cultural celebration for the Jewish, Christian and Muslim holidays.

The Holiday of Holidays Festival in Haifa celebrates the Jewish festival of Chanukah alongside the Christian festival of Christmas, together with Muslim, Bahai and other winter festivals. For a week during December, the city is decorated with colored lights and the Arab neighborhood of Wadi Nisnas hosts a street festival.

Haifa is one of the Israel’s most multi-cultural cities, with populations from six different religions living peacefully side by side. The city’s annual festival celebrates their different faiths and encourages the values of coexistence and mutual respect of all religions in the city.

The festival takes place from the Arab Wadi Nisnas neighborhood through to the German Colony at the foot of the Baha’i’ Gardens. It features a multi-cultural arts & crafts and antiques fair, musical events by artists of all ethnicities, a circus, and street celebrations. There are booths selling traditional homemade foods from different faith groups, including special candy treats. There is also a festival of liturgical music featuring performances by different Arab and Israeli musicians, and free plays and workshops for children.

As a microcosm of Israeli society, Haifa is a wonderful city to visit, and the week of the Holiday of Holidays celebration is the best time to visit. This festival is a must for anyone who wants to see a city decorated with beautiful Christmas lights and celebrating the best aspects of peaceful coexistence.

When Shatour organizes visits to Haifa, we take groups to visit the Bahai Gardens on Mount Carmel, the Haifa Cable Car and the Cave of Elijah. Other Haifa highlights include the National Maritime Museum and Madatech – Israel’s National Museum of Science.

Talk to Shatour about including a visit to Haifa during your next visit to Israel, particularly if you are visiting in December and would like to enjoy the Holiday of Holidays Festival.