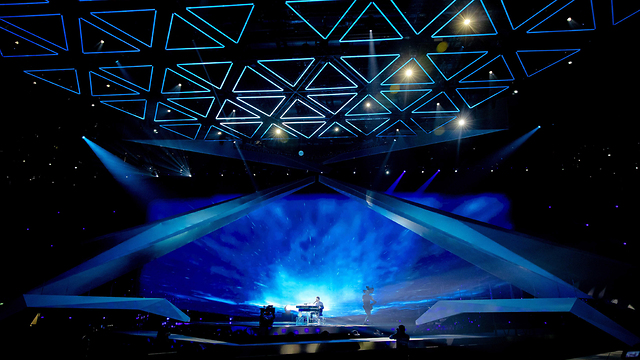 It’s not too late to get tickets for the biggest musical extravaganza in Israel of 2019 – the Eurovision Song Contest in Tel Aviv.

Tel Aviv is celebrating Eurovision in May 2019 with a week-long festival of music and food in the coastal city that never sleeps. Special security precautions are in place but bookings have been disappointing, so there are some hotel rooms and concert tickets available for the semi-finals on Tuesday May 14 and Thursday May 16, and even for the Grand Final on Saturday Night May 18.

Eurovision is one of the world’s largest musical events, and will be broadcast live to an estimated 200 million viewers around the globe. In Israel, those without tickets will gather for ‘watch parties’ in bars and restaurants around the country, joining in the celebration and sharing the excitement of the international competition.

The actual competition concerts will take place in the Israel Expo Center near Park Yarkon. The theme of the competition is “Dare to Dream” and 41 countries will be participating from Europe and beyond. The Final will be co-hosted by Israeli celebrities Bar Rafaeli, Lucy Ayoub, Erez Tal and Assi Azar. Musical entertainment during the final will be provided by the Shalva Band, who were favorites to represent Israel but pulled out of the competition because they were unwilling to rehearse on Shabbat.

The Eurovision Village is in Charles Clore Park near the beach and overlooking the Mediterranean Sea, where thousands of tourists are expected to join the party, with live performances by artists, DJs, special events, and live viewing of the shows broadcast from the Expo Arena.

This is the first time that Eurovision has been hosted in Israel for 20 years – and only the second time ever! It was brought to Tel Aviv by Netta Barzilai who won the 2018 competition with her song “Toy”. Israel also won Eurovision in 1978 and 1979, and hosted the live competition in 1979 in Jerusalem.

If you want to come to Israel for Eurovision, contact Shatour and we will make all the arrangements for you, including a customized tour of Israel’s highlights.