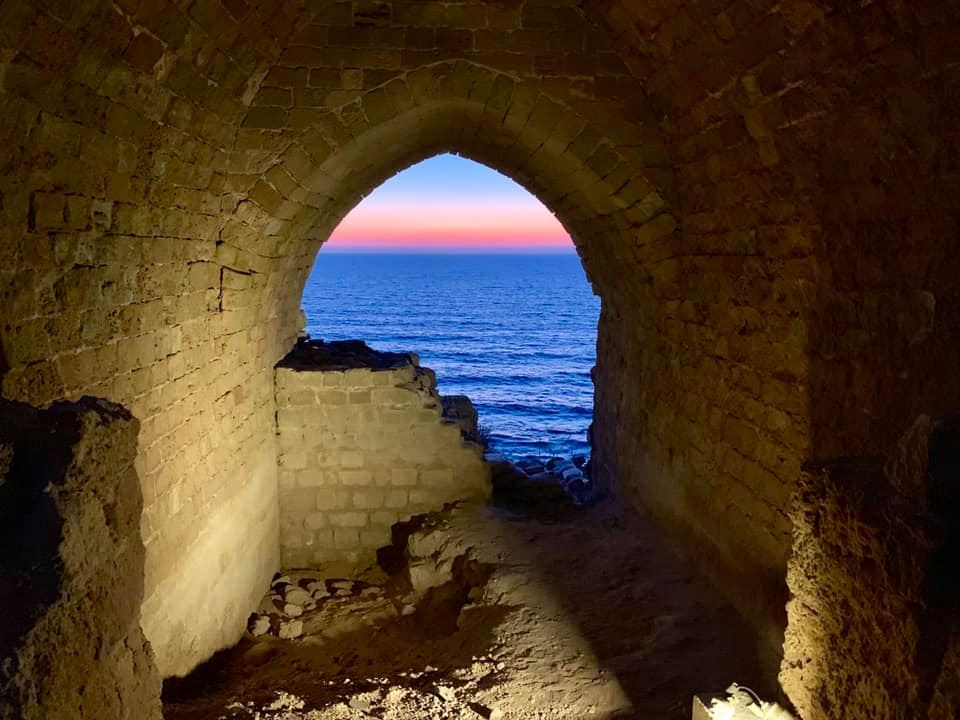 This summer’s most popular attraction for Shatour was the Apollonia National Park in Herzliya. This is a stunning park on a cliff near Herzliya, with beautiful views of the Mediterranean Sea and magical ruins to explore.

Apollo was a favorite god in both Roman and Greek culture, and some myths have him pulling the Sun across the sky every day. It doesn’t take much imagination to work out why some wealthy Romans chose this spot to build a beautiful seaside villa, from which you can watch spectacular sunsets every night. The villa dates back to the 1st Century CE and was destroyed in an earthquake. Today you can see its excavated ruins.

One of the unique features of Apollonia was its glass factory, built during the 6th century, with at least 12 furnaces. This signifies that the glass industry was very important during the Byzantine era, making good use of the endless supply of sand to make sheets of glass.

The Byzantines renamed this area Sozusa and the Muslims called it Arsuf. In 1101 it was conquered by the Crusaders. They built a strategic city with a fortress keep, from which they defended the Holy Land for the next 150 years, until it was over-run by the Mameluks Sultan Baibars. The remains of the Crusader fortress and moat can still be visited today.

In 1481, the Muslims built the Sidna Ali mosque, with its tall minaret, in memory of one of their soldiers who fell in the battle against the Crusaders in 1250. The mosque is used today for prayers, so visitors can only enter in modest clothing.

Today, Tel Arsuf has been excavated and preserved so that you can see the remains of buildings from all these different eras. The scenic coastal path follows part of the line of the city wall before descending to the remains of the Roman Villa. If you are interested to explore some fascinating caves, head down to the “Dinosaur House” on the shoreline. Rest assured that there are no monsters here, but just caves cut out of the sandstone by quarrying.

You don’t need to know or remember any of this history when you come to enjoy the Apollonia National Park. It is a peaceful park by the sea, with shaded seating areas for picnics and magical ruins that children can play in, like theaters for their imagination!

Talk to Shatour about visiting Apollonia National Park on your next visit to Israel.