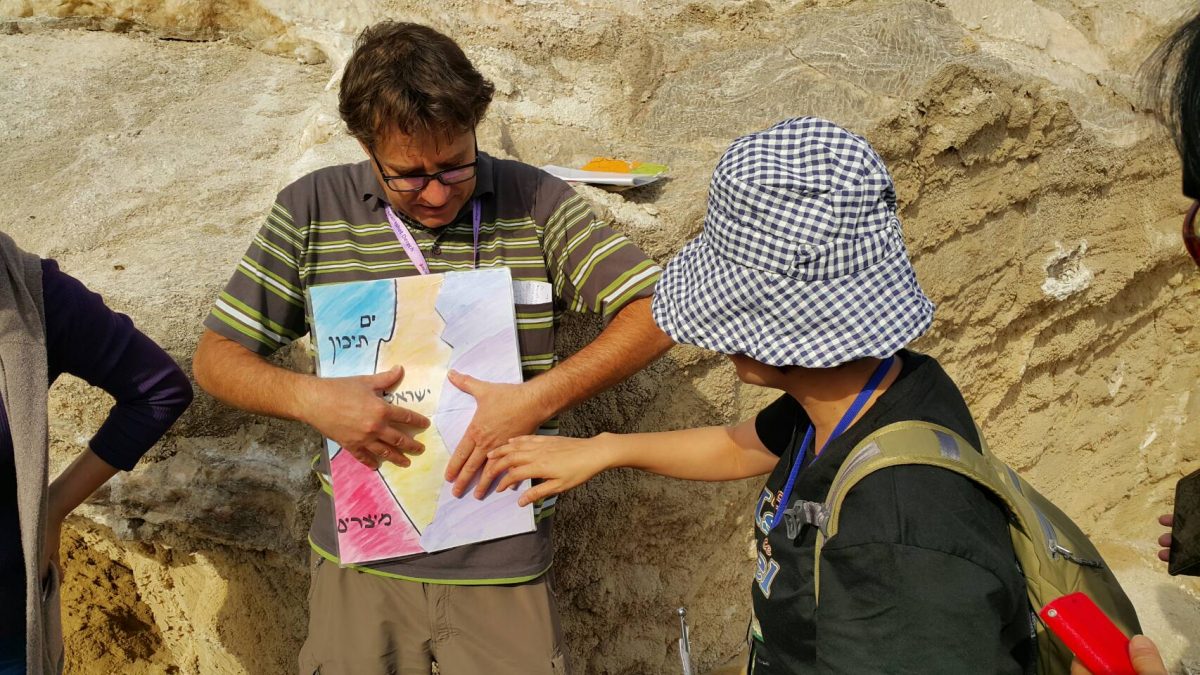 Dan is looking forward to celebrating Israel’s 70th Anniversary in May, because he loves sharing his amazing country with visitors from overseas.

Dan Makover comes from a really multi-cultural Israeli family – his late father’s family came to Israel from Poland, and his mother is from Morocco. He and his sister and brothers are a typical Israeli blend of Ashkenazic and Sephardic genes and customs, representing the reunification of the Jewish nation.

“In the past 70 years, Israel has absorbed millions of immigrants, and together we have built an amazing country, at the cutting edge of science, medicine and hi-tech. On our 70th birthday there is a great deal to celebrate, and the key to it all is solidarity. It is very important to work to keep Israel’s incredibly diverse society together, because that is the secret of our success, and the key to our future as a happy and harmonious society.”

Dan speaks excellent English. He studied Communications and Geography at the Hebrew University in Jerusalem, and also escorted reporters around the West Bank. He worked in TV production and news as a broadcast supervisor for a number of news organizations. He took his tour guide course through the Society for the Protection of Nature in Israel and he has been working as a tour guide since 2009.

Dan loves taking groups to visit the Golan Heights in the spring. “No other part of Israel looks like this- it is like a piece of Switzerland, with meadows, cows, running water, spring flowers, but just a short drive from the Mediterranean coast!”

Dan has travelled extensively overseas. He spent nine months touring Africa, from Kenya to South Africa and Namibia; he went back-packing in India and has also visited the United States, Japan, and Europe. He also took his mother and siblings to Morocco last year, to discover the family’s roots there.

“I love the fact that Israel sits at the junction of Africa and Eurasia and has always been a bridge between their cultures. That is why Israel is such an important player in the Middle East – because it always was! The fact that this small country was conquered and ruled by so many occupiers clearly affects how our politics work today.

“Here you can see the layered remains of many cultures, from the Paleolithic era, from the Canaanites and from the conquering nations of Mesopotamia and Egypt. But, in addition to this rich history, our location also gives us amazingly diverse climates and ecosystems – within a few hours driving within Israel you can enjoy totally different environments – lush green forests and arid deserts and everything in between.”

Dan’s favorite place in Israel is Mamshit in the Negev Desert, built 2,000 years ago, which illustrates Israel’s importance as a station on the trade routes of the ancient world.  It was built by the Nabateans, who plied the Spice Road from Arabia to the Mediterranean Sea. The city has been restored with entire streets and homes, and its impressive architecture is fascinating to explore.

“I recently took a group of visitors from Taiwan on a tour around Israel, showing them the culture and the archeology, and discussing local history and politics. They were fascinated to learn how Israel’s past has influenced its present in many different ways. No other country offers such amazing contrasts between ancient and modern, between East and West, and also traces the story of a nation that has overcome incredible challenges.”

Dan would be happy to take you on a magical history tour of Israel, whether you want to learn about its short 70-year history or travel back through the centuries to places like Mamshit, weaving it all together with Israel’s diverse geography and its exciting cultural heritage. Ask for Dan when you book your next family or group visit to Israel with Shatour!