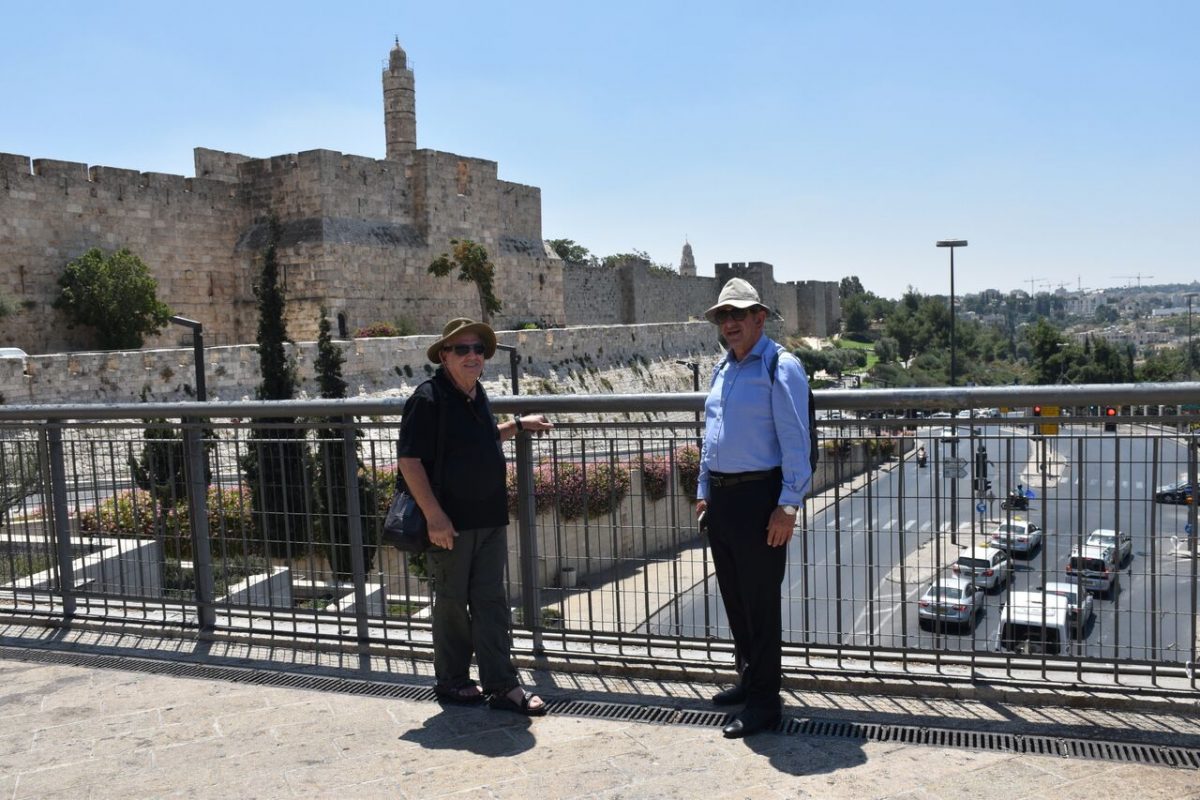 For over 40 years, Shatour Israel has been guiding tourist groups from all over the world around Israel. Now, we are starting a new venture to bring Muslim visitors from Morocco to Israel, to help allay some of the concerns that have kept Arab tourists from wanting to visit the Holy Land.

Nathan and Hannah Shapiro from Shatour have forged a partnership with Simon Skira, a French-Moroccan Jewish tour guide who has strong connections in Morocco. He is the founder & president of the Israel-Morocco Friendship Association, and he is keen to open up the Israeli tourist trail to members of Morocco’s Muslim majority and Christian minority communities.

Simon studied Management at Ben Gurion University in Beer Sheva and speaks fluent Hebrew, French and Arabic. He lived in Morocco for two years in order to produce a documentary film about the Jews of Morocco during the years 1948-1968, and the French government has recognized his expertise on the history of the Jews of Morocco.

Simon and Nathan have been friends for many years and they enjoy guiding together in Morocco and in Israel. They have put together an itinerary that enables Muslim visitors to visit many of their holy sites around Israel, with Arabic-speaking guides and drivers. They do not expect visitors from Morocco to encounter any difficulties traveling around Israel, as Israel is careful to guarantee freedom of worship to visitors of all faiths.

Nathan is very excited about this new venture. “When I visited Morocco with Simon, I was impressed by how open the Moroccan people are to finding out more about Israel. Theirs is one of the more benign Arab regimes, and the King of Morocco is known to have good relations with the local Jewish population. Now we want to open our borders and our hearts to Muslims from Morocco and enable them to visit holy sites that are meaningful to them, as well as experiencing all the modern and natural attractions that Israel has to offer.”

As the first stage of this project, the Shatour Israel website has been translated into French and Arabic, with information about tours of interest to Muslims. The second stage of the partnership is a plan to offer tours of Morocco to Jewish visitors, to see the majestic wonders of this fascinating country, including but not limited to various sites of Jewish interest.

Pictured here: Nathan Shapiro and Simon Skira plan their touring route around Jerusalem in preparation for groups of Muslim visitors from Morocco.