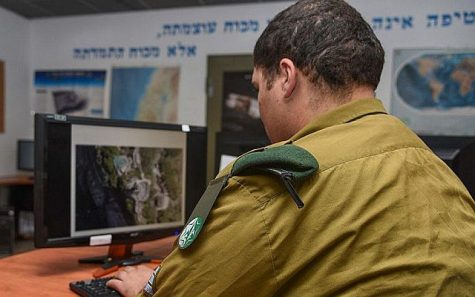 In Israel, young adults who are on the autistic spectrum are encouraged to participate in the most important organization in the country – the Israel Defense Forces.

Rather than being considered less-able, they are encouraged to develop their unique talents and use them for the benefit of the country. Wearing their green uniforms with pride, they feel valued and appreciated. For many, army service helps them to integrate into ‘normal’ society, developing friendships and social skills that will equip them in later life.

Young people with disabilities such as cerebral palsy, autism and intellectual disabilities used to be turned away from the army until 2008, when Lt.-Col. (Ret.) Ariel Almog founded a special unit called Special in Uniform, which today operates in partnership with the Keren Kayemeth LeIsrael Jewish National Fund.

One of the IDF programs that deploys young adults on the autistic spectrum is “Roim Rachok”, which means “looking beyond the horizon”. Young adults with high-functioning autism conditions, such as Asperger’s Syndrome, are encouraged to use their unique abilities of spatial intelligence and visual perception to help with Israel’s most sensitive security operations.

The program first trained recruits to scan aerial photographs for suspicious activity. They showed that they are able to focus intently for extensive periods of time and have strong visual capabilities. Now their activities have expanded to include work in software quality assurance, data sorting, electro-optics and other tasks for the Israel Air Force and Intelligence divisions.

Roim Rachok works with experts at Ono Academic College to train the recruits and their commanders, most of whom had little experience interacting with individuals on the spectrum. They help with their pre-army training, working with a team of military specialists and health professionals to teach the recruits how to communicate with their commanders, make presentations in public, and travel on public transportation.

During the course, they provide socio-emotional training, to prepare the young soldiers to work with others in a professional setting. Roim Rachok also provides its graduates with a network of friends, practical life skills, self-respect, and a sense of being able to contribute to Israeli society.

It has helped to make a change not just in their lives but in the lives of their families, the attitudes of the officers and other soldiers who serve alongside them, and the country as a whole. The Special In Uniform and Roim Rachok programs have raised awareness of the valuable contribution that people on the autistic spectrum can make to society, in Israel and around the world.

At Shatour Israel we salute the people who are making this special contribution.